Creating an efficient renewable electric system for you home

In part 3 we’ll run through the electrical side of our off and on grid hybrid home, both generation and storage.

As mentioned in part 1 we decided to make the most of our available roof space and opted for two separate solar PV systems, this meant we could also take advantage of the governments feed in tariff scheme by installing a 3.6kW grid tied system on the house using the south east & south west roof.

In addition we added a further 2.56kW of PV on the South west roof of the outbuilding/shed. This off grid system then feeds all of its generation into a bank of 24V 600Ah Batteries placed in a suitable weatherproof container outside of the shed. It’s important to store batteries correctly as they can give off explosive gases which build over time so they need to be well ventilated and away from any naked flames or sparks. 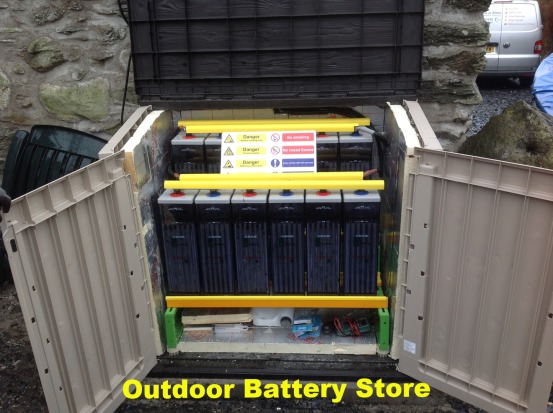 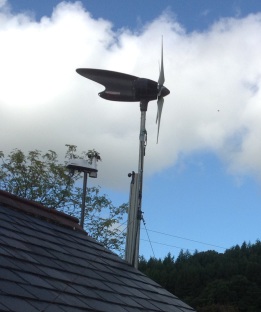 To help with keeping the batteries topped up we also installed a 400W Stealthgen wind turbine on the shed helping to trickle charge the batteries, this is especially useful when the PV isn’t generating, complementing the off grid system is a 5.2kW Generator in a nearby outbuilding. Nearly all off grid systems need some sort of generator as a back up to the renewables, the designing of a successful off grid system often boils down to the trade-off between renewables and back-up generator as the more renewables you have the larger the initial cost of the system will be but the less you will spend long term in generator fuel and vis versa not enough renewables will mean more fuel expense.

One note of caution on micro wind turbines! You need a method of slowing/stopping the turbine in storm conditions so you can safely lash the blades to the tower or lower the tower. We actually lost our first turbine back in one of the 2012 storms, wind speeds reached around the 80mph mark & our poor turbine only had two blades left by the end! 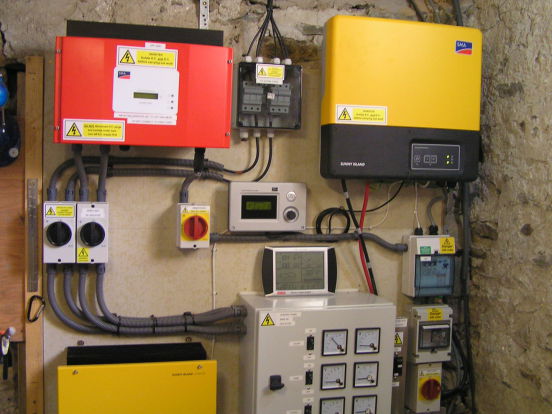 The off grid system supplies 230VAC into the house via a cleaver piece of kit called a Inverter/Charger. We installed a SMA Sunny Island inverter/charger 2422 that will automatically start the generator once the batteries are below 53% depth of discharge. This is important as battery management is a really important part of prolonging the life of your batteries, too much drain too often and you’ll significantly reduce their lifespan. A programmable time switch is used to automatically transfer the house loads between Grid and Batteries. In the summer months the house loads can be run 24/7 off the batteries, in winter I tend to run the battery system for 12 hours between 6pm and 6am allowing the batteries to re charge during the day.

As with any standard grid tied PV system the 3.6kW on the house uses a grid tied inverter to turn the energy generated on the roof into useable AC power. Good practice for a grid tied PV system is to try to use up the power while the system is generating, such as using your washing machine, dishwasher etc. in the daytime as any unused generation goes straight to the grid you may as well get the benefit. A generation meter will meter will measure what you’ve generated regardless of how much you’ve used and pay you the feed in tariff for the amount of kWh’s generated so it makes sense to use your heavy loads in the daytime.

Another great way of maximising your systems potential is to install an immersun, these small units will monitor the system and sense when the PV is generating but no power is been called for from the house it will then automatically turn on your immersion heater and start heating the water!

As you can see from this case study a successful eco home involves a lot of separate components all working together to get the best from each technology and getting the right level of insulation at the beginning of the project will pay dividends in the long run.