Back in 2010 we were approached by the owners of Inverliever Lodge, an old outdoor pursuit’s centre in Argyll in Scotland which had been renovated into a Yoga retreat centre. The centre was already in the process of installing a huge 550kW Hydroelectric  power station  powered by the natural run of the river Leiver, the plant would produce enough electricity for up to 300 homes and run the yoga centre with clean energy. 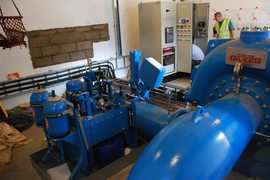 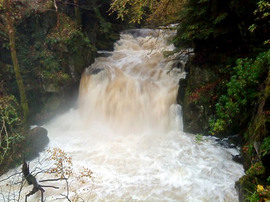 However one of the main features of the yoga retreat was the unusual bathing experiences to be had on site including a geodesic spa dome complete with rainforest showers and 6 person hot tub, and two outdoor bathing areas with hot and cold running water, one of these positioned down a ravine next to a waterfall.

The owners wanted to heat the water for these bathing areas directly from the sun whenever possible only having to rely on the immersion heater powered by the hydro in bad weather conditions so they decided to go with a large solar thermal array.

The full system consisting of a total of 360 evacuated solar tubes and 1,800ltrs of thermal storage remains the largest solar thermal system we have installed and took our team approximately a week to fit. You can find out more about Inverliever Eco Yoga retreat on their website http://www.ecoyoga.org/ 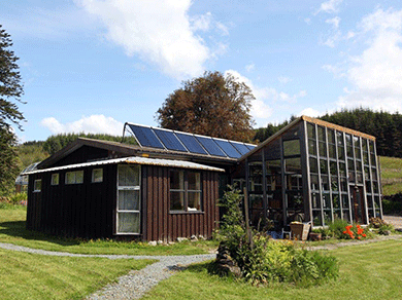